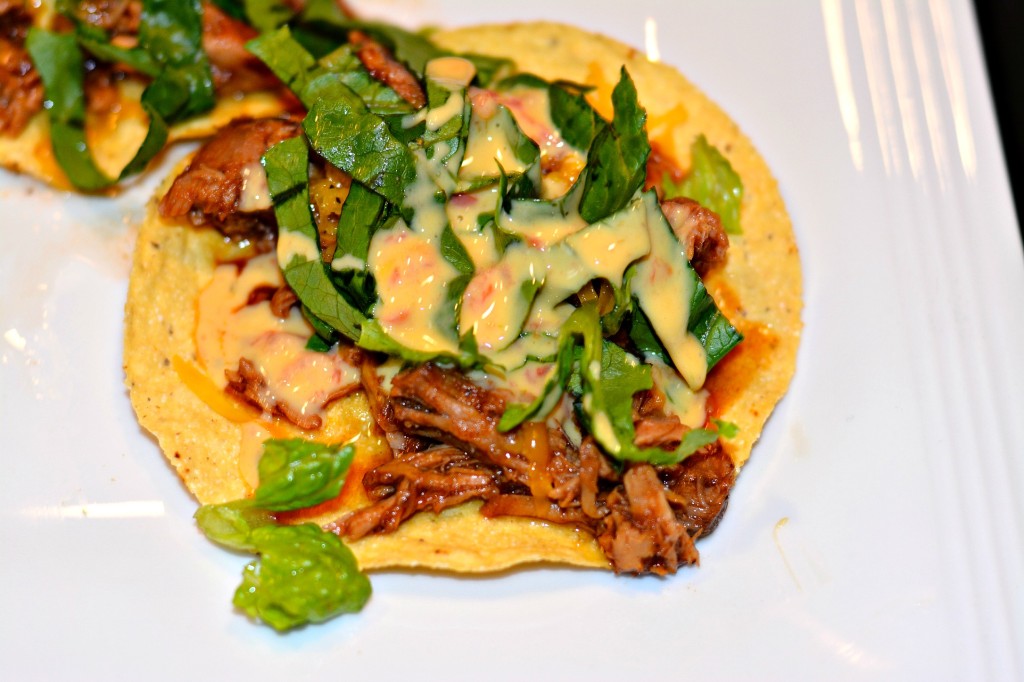 I don’t know about you, but since I started my health journey and have been making more conscious food choices, I have been craving something sinful: something messy and with a lot of cheese! This recipe was a definite winner in my house. It was also a great lesson in moderation and self control; as opposed to watching Jeff enjoy this meal by himself, I fixed myself a smaller portion and satisfied my craving. This journey isn’t about fearing food but rather developing a more healthy respect for food and my body.

This recipe is ridiculously simple. I took a classic and made it into a modern favorite. For the past couple weeks, I have been really trying to breakout of my dinnertime routine and try some new recipes. If you follow me on pinterest, which you should :), you would probably assume I try a new dish everyday (500+ food pins) but due to my lack of planning or sheer laziness I end up cooking the same dishes.

Last week I printed some recipes and made a grocery list as it was my goal to cook something new every night.  Jeff was more than excited about my new challenge and rushed home everyday to see what was cookin’.

On Wednesday, I decided my goal of a new meal every evening was a bit much but I refused to give up.  Instead, I settled for a Crockpot recipe, Dr. Pepper Pulled Pork. I know it sounds less than savory and way too sweet but it was actually delicious. The pork falls apart, the spices meld together, and BOOM; 5 or 6 hours later dinner is ready.

I must say, the pork is better the next day so if you have time and self-control, let the pork cool down and save it for the next day. Jeff didn’t understand the concept of preparing a perfectly good meal and saving it, so we had traditional pulled pork sandwiches with sweet potato fries. Luckily, there were leftover which I put away for our tostadas and nachos the next day. 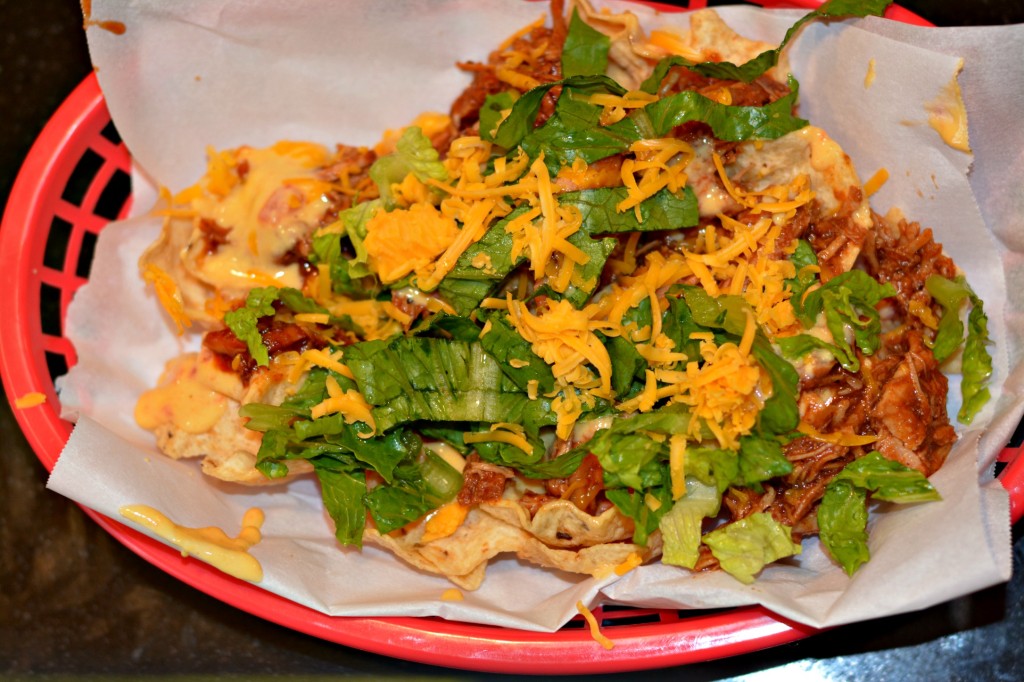 To make Dr. Pepper Pulled Pork you will need:

First, mix together all your dry seasoning and rub down to the piece of pork.

Next, combine the BBQ sauce, Dr.Pepper, onions, and garlic in the Crock Pot.

Add the pork and turn the Crock Pot on Low.

Let simmer for 5 to 6 hours depending on your Crock Pots settings. Mine is on the cheaper side so it took about 6 hours but you will know the pork is ready when you stick a fork in it and it literally starts to fall apart.

This pork was great on a sandwich but was awesome on a tostada or nacho. I simply reheated the meat in a skillet on the stove, made some Rotel Queso, prepared some toppings, and layered it all. 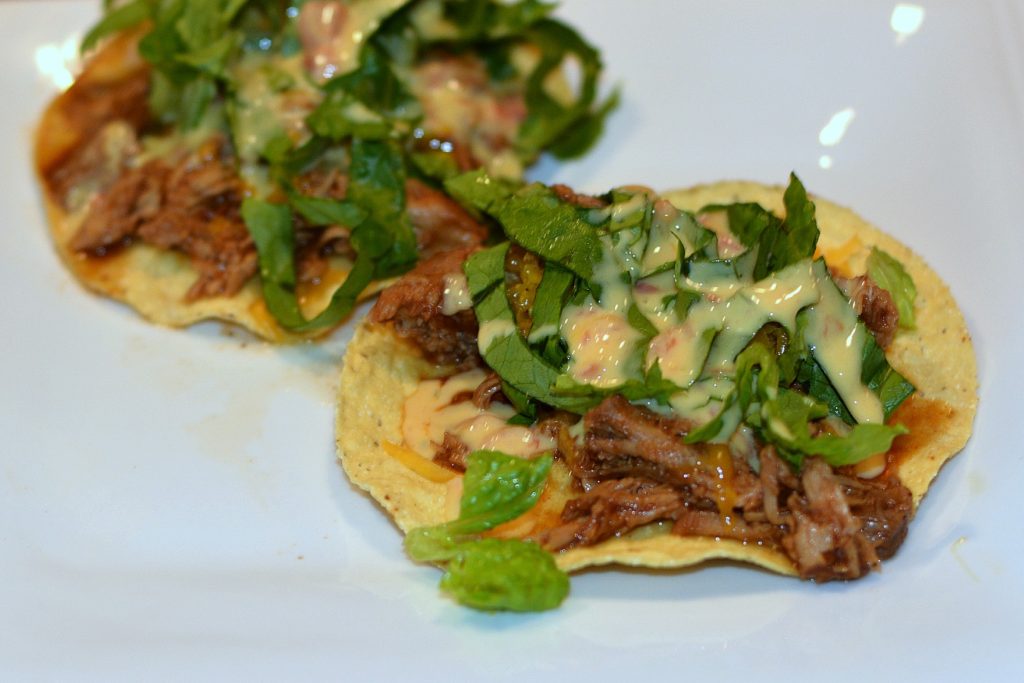 We have probably all had BBQ pulled pork but reusing it in a Mexican classic was a nice change of pace. The meat was sweet and tender while the queso provided a spicy creamy element. Jeff and I are pretty basic but some topping options include: cilantro, lettuce, Guacamole, Pico de Gallo, diced onions, jalapeno peppers and many more.

I hope this inspires you to break out of your dinner rut and try something new! And for those wondering, I did complete my challenge of a new recipe every night but it was daunting. If you plan on doing something similar, I would suggest trying a new recipe every other night so you can enjoy some leftovers!

** These aren’t the best photos I have ever taken, but it looked so good we were in a hurry to dig in! 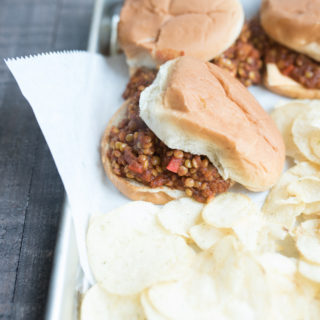 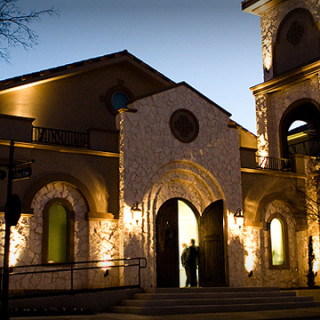 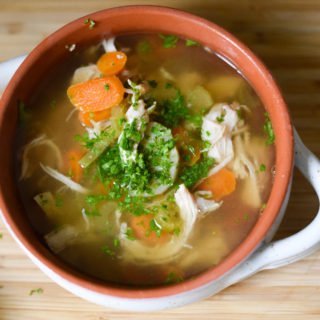 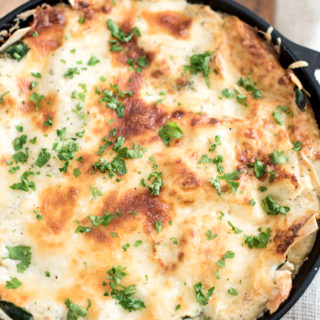